A Stirling entrepreneur is in the running for two top business awards.

She has also been named a finalist for the Association of Scottish Businesswomen’s (ASB) Family Business of the Year honour.

The winners of each award will be announced at ceremonies which take place next month.

Karen said: “It’s a wonderful feeling to be nominated for not one but two business awards this year and to be acknowledged for our efforts by the judging panels.

“Our company has won a number of awards in the past which have generally recognised our hard work in launching a start-up.

“Now that we’re a much more well-established business with eight years under our belt, it’s great to make a return to the awards scene and be honoured for our continued achievements and innovations.

“We’re delighted to have made it onto both shortlists and are now looking forward to the finals of the two competitions.”

Founded in 2013, the Great British Entrepreneur Awards highlight the hard work and inspiring stories of entrepreneurs across the UK.

In the Small Business category, Karen faces competition from five other entrepreneurs including the founder of Edinburgh marketing firm AstroAgency and the directors of family-run estate agency Upload Abode based in Motherwell.

Francesca James, the founder of the Great British Entrepreneur Awards, said: “We have seen some incredible finalists over the years and this year is no exception. It really is one of the strongest shortlists we’ve ever had, and the fact that so many exceptional people applied during such a tough year is a testament to the resolve and entrepreneurial talent that exists across the UK.

“Creating the shortlist out of so many wonderful applications was incredibly tough, so I don’t envy the judges who will now decide the regional winners. Everyone who has been shortlisted should be incredibly proud and we’re thrilled to be able to showcase their achievements.”

The ASB awards recognise and celebrate the contributions of women to business and the wider community across Scotland.

In the Family Business of Year category, which champions the contribution family firms make to the business world, Karen will go head-to-head with the team from Clydebank beauty salon Looking Good Skin, Health & Beauty Clinic in the final.

Karen launched Angels’ Share Glass with her father Tom Young MBE in 2013 and since then they and their team have designed a wide range of unique glass gifts for whisky lovers.

The firm also recently created its own Tartan – Whisky and Water by Angels’ Share Glass – which reflects the glassmakers’ story and which will be used in new and existing products.

The company, based in Bridge of Allan near Stirling, is well-known for working in collaboration with other Scottish entrepreneurs to develop bespoke products such a glass refill station created for Essence of Harris’ range of hand and body lotions.

Karen also recently worked with Highlands-based designers Prickly Thistle to create luxury Rebel Washboards made from glass and upcycled whisky barrel staves – an idea she came up with after being inspired by the 18th-century washboards women used to scrub the dirt out of clothes. 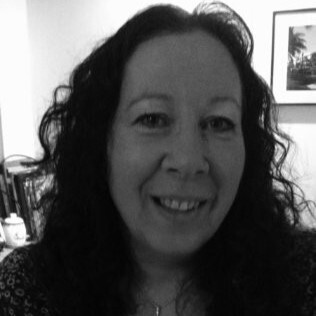