All going digital, but where’s the signal?

Yes, we all know it’s important. Everything is going digital, right?  Planning applications, licensing, invoicing, and payments – all done online now. Even tax reporting is going digital. Almost everything that’s needed for businesses could soon be done with a mobile device. Landlines, offices, and desktops are becoming things ‘from the past’. A new age of mobile digital business is on the horizon. You’ll do everything on the go with your mobile. Productivity will rapidly increase. Work-life balance will be better.

Everyone will be happy – sounds great! But maybe not in Scotland. Not yet.

Our recent study based on Ofcom’s official figures, shows that only a fifth of Scotland’s landmass has a 4G signal from all four major operators, compared to 60% of England. In Stirling, indoor 4G coverage is 50.1%, compared to 53.4% of Scotland. However, in rural Stirlingshire, the coverage drops down to 22.6%. Clearly there’s a lot of work to do here.

There has been a lot of effort to improve Scotland’s digital infrastructure, including the Scottish Government’s commitment to deliver universal superfast broadband by 2021. And figures have indeed been going up.

At FSB, we think this is a big problem. Poor digital infrastructure, both mobile and fixed broadband, is a major barrier for smaller firms to keep up with the pace of technological changes, and has an impact on how quickly a business grows.

At the same time, public sector institutions such as HMRC are going to transact only online, whilst banks are closing local branches and forcing businesses to manage finance and cash flow through apps. This channel shift might be inevitable, but we think it is unacceptable for both the state and large institutions to demand this shift without adequate infrastructure in place.

This is why FSB is calling for the Scottish Government, the UK Government and local government to work more closely together to develop digital infrastructure fit for 2018 and beyond.

Improving patchy digital infrastructure is a top priority for Scotland’s business community. Therefore, we want politicians from across the political spectrum to work constructively to develop realistic plans that benefit local communities and the economy.

Join FSB and STEP on the  10th of May for a Stirling Economy and Business Update. Register here 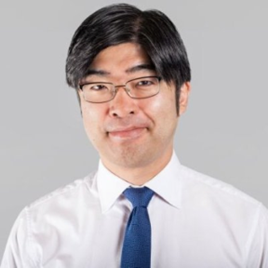 No spam, notifications only about news, awards, funding events and more.

COVID-19 | Good News Story – Bannockburn: A Community That 'Grows' Together